Integrated monitoring of the Earth System in Spain: Seismic network of observation and research

We propose to contribute to the societal challenge of action on climate change and efficiency in the use of resources and raw materials by promoting acomprehensive observation of a wide range of inter-related variables of the solid Earth, hydrosphere and atmosphere, i.e. of the so-called Earth System. For this purpose, a high-resolution long-term monitoring will be carried out, to control the evolution of most relevant parameters for each specific system. State-of-the-art analysis tools will be considered, developed and tested to achieve a thorough data interpretation, essential for the project success. Its aim is to design and develop a Geo-scientific Observatory based, on its initial stage, on high-resolution seismic recording at different scales to achieve a 4D knowledge of our subsurface, by continuously monitoring natural or induced processes. At this first stage, the aim of the project is to establish different natural laboratories in the northern Iberian Peninsula covering the transition between Pyrenean and Cantabrian ranges including their Ebro and Duero foreland basins. In these basins there is high potential of natural resources and high interest for a sustainable use of the subsoil, as well as numerous occurrences in hazard and waste disposal topics. To validate the novel techniques foreseen, existing data from other areas of particular relevance will also be considered. The data already available and those obtained during the project through deployment of specific broad-band and short-period dense seismic networks will be analyzed by a widespread amount of techniques, including some methodological developments. Proposed methods and tasks are: i) estimation of basement depth in sedimentary basins by ambient noise interferometry and receiver functions; ii) analysis of anisotropy in upper crustal levels; iii) joint inversion of surface waves and receiver functions at high frequencies; iv) development of an auto-picker code; v) evaluation of time variations of seismic velocities on upper layers from ambient noise and its relation with seismic release and possible forecasts; vi) monitoring and discriminating of specific seismic episodes of natural versus induced origin; vii) characterization of possible active faults and seismogenic regime; seismic control of viii) flow hydrological variations and ix) landslides. Viability of the project could be ensured after the available instrumentation on seismic networks and data bases, the demonstrated expertise of the two promoting groups and the fruitful cooperation between them, which have developed together up to five coordinated projects, including the Consolider Topo-Iberia. Achieved results could readily be transferred to exploration fields of natural resources and land/environmental topics, and several such companies have already manifested their interest on this project. MISTERIOS covers an ambitious spectrum of objectives and tasks, which justify the proposed 4-year duration of the project. In agreement with approaches considered in high-impact research programmes such as Earthscope in US or in the framework of Horizon 2020 in Europe, our project forms a first module of a multidisciplinary Geo-Observatory in Spain for sustainable use of subsoil, which can be enlarged progressively from contributions of related groups active in National or European research Plans. 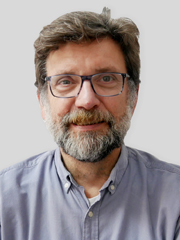 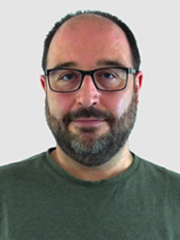 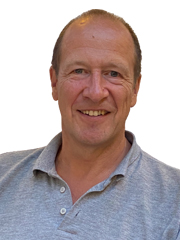