The recent submarine eruption of El Hierro was preceded by three months of unrest during which there was a significant increase in surface deformation and seismicity. The availability of a  continuous record of seismic and deformation signals from the onset of the unrest to the beginning of the eruption, as well as rock samples from different stages of the eruption, offers a unique opportunity to know geological processes that have occurred to give rise to the eruption, whose analysis will reveal how Canarian basaltic magma prepare to erupt. In addition we will be able to export that experience to other areas with similar characteristics, which will contribute significantly to improving predicting this type of volcanic eruptions, and thereby reducing the risk they represent.

Although these three zones have a different geological history, with continental collision in the Himalaya and Zagros, and aulacogen structures in the Atlas, they show similar unusual characteristics: low seismic velocities, basic volcanism, an important dynamic topography component, and subcrustal mass deficit attributed to thinning of the lithospheric mantle. 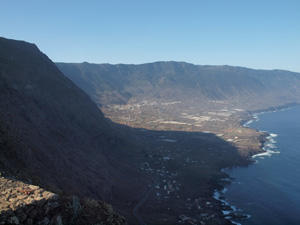