NEOCLIM is the project of the coordinated proposal NEOARCTIC that seeks to characterize the role of the main modes of climate variability that have modulated the Arctic climate of the North Atlantic for the last 4,000 years. The objective is to provide a comprehensive understanding of the main predominant climate conditions that have ruled the advances and retreats of the glaciers present on WGreenland and N Iceland coasts during these last 4,000 years. This knowledge will serve as a conceptual framework to determine if the present retreat of both Greenland Ice Sheet (GrIS) and Iceland glaciers due to the present temperature rise has a geological equivalent or not.

NEOCLIM will employ lake bottom sediments from two ice-free areas of W Greenland and of N Iceland to reconstruct past climate conditions and their environmental impacts using a multi-proxy decadal approach. We will use both classical (lithofacies description, x-ray diffraction and fluorescence, pollen, diatoms, chrysophytes, bulk organic matter -TC, TN, d13C and d15N-) and cutting-edge proxies (GDGTs, dDwax, hyperspectral images). The chronological frameworks of these sedimentary records will be built using AMS 14C as well as 210Pb and 137Cs profiles. Statistical techniques will be employed to identify the sedimentary processes that have ruled the organic and inorganic sedimentation and to isolate them from other environmental signals.

These sedimentary processes will be converted to precipitation and/or temperature series by correlating them with meteorological instrumental records. Modes of climate variability such as the Arctic (AO) and the North Atlantic Oscillations (NAO) will be quantitatively reconstructed using a Bayesian approach. On the other hand, these lacustrine sedimentary records will be employed to recontruct the impacts of the climate fluctuations on the soils and vegetal cover of the catchments with the objective to seek which might be the response of the Arctic ecosystems to a near future warmer conditions.

The comparison of these climate reconstructions since the onset of the Neoglacial with the spatial and temporal advances and retreats of the glaciers from Greenland (NEOGREEN) and Iceland (NEOICE) will provide insights about the responses of these glaciers to climatic fluctuations and under which climate conditions they took place. 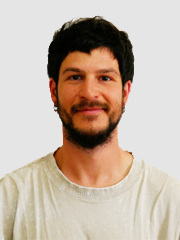 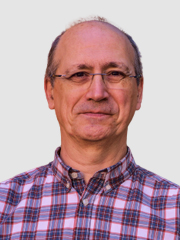