This coordinated project is presented as a continuation of the previous coordinated project SIMPROP , which main goal was to determine the relationship between the plutonic and volcanic processes during the Permo-Carfoniferous magmatism of the Catalan Pyrenees. Once this relationship has been clearly established, this new project aims at characterising the geodynamic and petrogenetic constraints of this magmatic episode. To achieve such a complex objective two sub-projects are proposed with the aim of approaching the problem from two different but complementary perspectives.

The first subproject (MACIN) will concentrate on determining the mantle and crustal magma sources that interacted during this magmatic episode and which gave rise to the wide compositional range observed in the igneous rocks that crop out at the study area. This will contribute to understand the petrogenesis of this magmatism and its geodynamic constraints, aspects that are still mostly unknown and that are crucial to understand the magmatic consequences of the Pangea amalgamation.

The second sub-project (IMAGYN) will provide a geophysical approach to the characterisation of the Variscan continental lithosphere and its thermodynamic evolution during the integration of the study area into the supercontinent Pangea.

The combination of both sub-projects will allow to obtain a much more precise picture of the role of the Variscan orogeny on the development of such important magmatic episode and to identify the affectation of mantle and crust during its associated melting processes and how the resulting magmas contributed to the growth of the continental crust.

The results obtained will help to improve the knowledge of Variscan orogeny in the Pyrenees and will contribute to better understand the origin of the worldwide distributed PermoCarbonifeous magmatism, one of the most important magmatic episodes developed in continental crust in the whole Earth's history. Finally, the project will extent to the whole lithosphere detailed the crust model of the study area developed at the SIMPROP project. 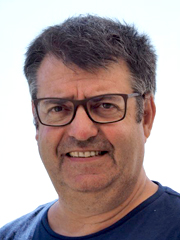