AgriExp, a new workflow for the automated detection of heritage at risk by recent expansion of agricultural lands

The Earth was beating every 4.5 minutes during the hours following the powerful Hunga-Tonga eruption in Oceania. A new study carried out by the Geosciences Barcelona researcher of the Spanish Research Council (GEO3BCN-CSIC), Jordi Díaz, analyzes the ... Read more

Evolution of a low convergence collisional orogen: a review of Pyrenean orogenesis

The timing of the deglaciation in the Atlantic Iberian mountains: insights from the stratigraphic analysis of a lake sequence in Serra da Estrela (Portugal)

Hernández, A, Sáez, A, Santos, RN, et al. The timing of the deglaciation in the Atlantic Iberian mountains: insights from the stratigraphic analysis of a lake sequence in Serra da Estrela (Portugal). Earth Surf. Process. Landforms. 2022. Accepted Author Manuscript. https://doi.org/10.1002/esp.5536

1590 years ago, in 431 CE, the Maya civilisation was laid waste as the Ilopango volcano erupted, killing every living thing within 40 km around the volcano, according to a new study carried out by an international team of scientists and with the participation of Dario Pedrazzi, researcher at Geosciences Barcelona–CSIC (GEO3BCN). The article has been published in the journal PNAS.

It was known, as previous studies had shown, that there had been a major volcanic eruption in the region, but the date was still unknown. This new research lead by Victoria Smith, Associate Professor from University of Oxford and head Tephrochronology group, has established the precise date and nature of this eruption.

To do so, the team of scientists analysed an ice core recovered from Greenland and also carried out radiocarbon measurements from a charred tree found in the TBJ ash deposits. Hence, they were able to date accurately the massive eruption to within just a couple of years, in 431 CE.

The research team used a 3-D tephra dispersal model and they could estimate that the eruption plume rose to 45 km and that the Ilopango’s ash was sent more than 7.000 km, as far away as Greenland. 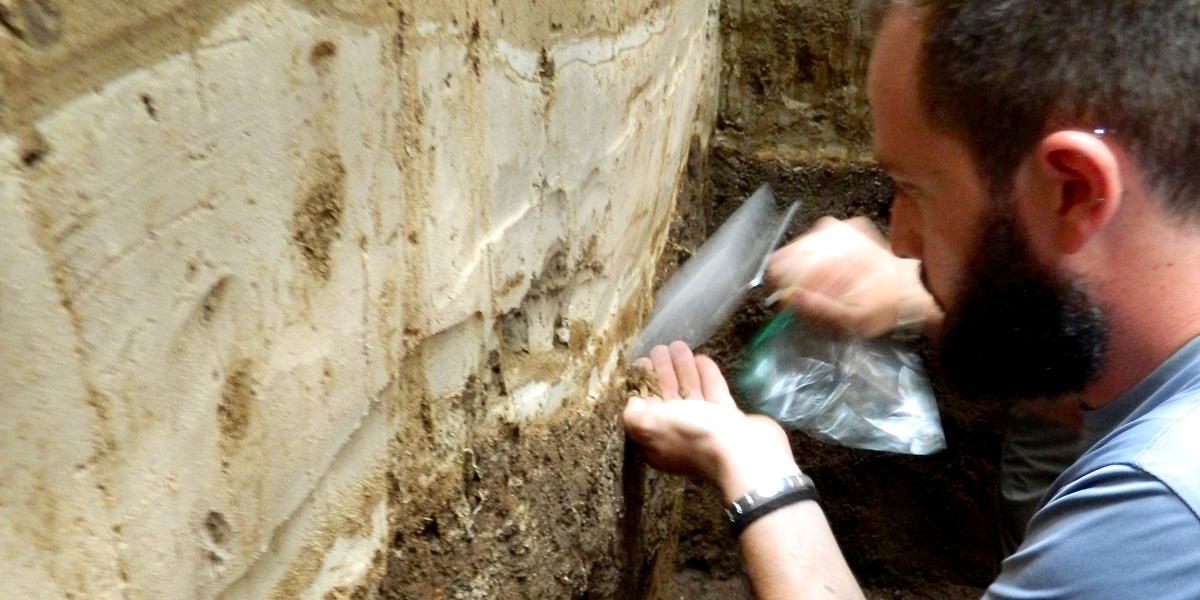 “This work follows previous studies that were published in 2019 and in which we described, thanks to an extensive analysis of the ash deposits in El Salvador, the main physical parameters of this violent eruption that reached its climax with a series of pyroclastic flows linked a caldera collapse”, said Dario Pedrazzi, researcher at GEO3BCN and co-author of the study. “A great part of this research has been possible thanks to all the data acquired during 3 field campaigns carried out in El Salvador during which we conducted a detailed mapping of the ash deposits present in an area of 200.000 km2”, said Pedrazzi.

Around 55 km3 of magma erupted from Illopango. “More than 2 million km2 of Central America was covered with at least ½ cm of ash and it would have been dark over this region for at least a week”, said Victoria Smith.

According to Smith, “Ilopango Eruption was more than 50 times bigger than that of Mount Saint Helens”, occurred in 1980. “The pyroclastic flows from the eruption of Ilopango were 10 times the volume of those from Vesuvius, which erupted in 79 CE, preserving the Roman city of Pompeii in ash.”, she added.

The explosion took place during the Maya Early Classic Period, which extended from 300 to 600 CE, as the civilisation saw growth across Central America. But, according to Victoria Smith, ‘The explosion would have killed every living thing within 40 km and there would have been no inhabitants for many years or decades in the vicinity.’ The enormous eruption did not, however, have a marked impact on the Maya elsewhere.

Ilopango was thought to have been responsible for the anomalously cold decade in the Northern Hemisphere around 540 CE. But, the work shows this date is at odds with archaeological evidence (pottery production), which actually suggests a date near the start of the Early Classic period.

The Ilopango Caldera is located less than 10 km from San Salvador City, the capital of El Salvador, and it's a part of Volcanic Arc of El Salvador which includes a total of 21 active volcanoes, being one of the most active segments of the Central America Volcanic Arc.

This research has been possible with the support of a research project funded by CONACYT and lead by Gerardo Aguirre-Díaz, from Centro de Geociencias, Universidad Nacional Autónoma de México (UNAM). This project is focused in the study of the Ilopango caldera and its aimed to constrain the danger of volcanic supereruptions in Central America.